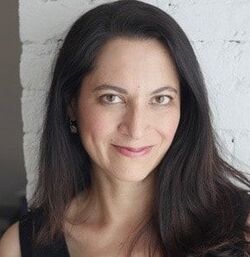 ​Veera Hiranandani is the author of several books for young people. Her most recent middle-grade novel, How to Find What You're Not Looking For, received starred reviews from School Library Journal, Kirkus Reviews, Publisher's Weekly, is a Junior Library Guild selection, a Jane Addams Book Award Finalist and was named a Best Children's Book of the Year by Amazon and Kirkus Reviews. The Newbery Honor winning, The Night Diary, also received the 2019 Walter Dean Myers Honor Award, the 2018 Malka Penn Award for Human Rights in Children's Literature, and several other honors and state reading list awards. The Night Diary was chosen as a 2018 Best Children's Book of the Year by The New York Times, The Washington Post, NPR, Amazon, School Library Journal, and Kirkus Reviews. Her first novel for young readers, The Whole Story of Half a Girl, was named a Sydney Taylor Notable Book and a was a South Asia Book Award finalist. She is also the author of the chapter book series, Phoebe G. Green. She earned her MFA in fiction writing at Sarah Lawrence College. A former book editor at Simon & Schuster, she now teaches creative writing at Sarah Lawrence College's Writing Institute and is working on her next novel. You can find Veera on Twitter @veerahira and Instagram @veerawrites. 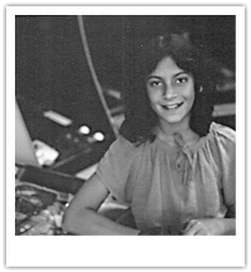 Here I am around age 11 at an arcade. I liked video games a lot and since I grew up in the '80s before the internet,  xbox, and wii, going to the arcade and playing Pacman was just about the most exciting thing in the world. When I wasn't begging my parents to take me to an arcade, I was reading, making up stories, doing gymnastics, baking cookies, drawing, and making my little sister play the games I wanted to play.
​
I was raised in a small town in Connecticut. Growing up wasn't always easy. My mother is Jewish-American, my father is from a Hindu family in India, and I didn't know any kids like me where I lived. But coming from two cultures and not always fitting in has probably made me a stronger person. I was also pretty shy, so I spent a lot of time quietly watching other people.

​Maybe I wouldn't have become a writer if I wasn't forced to look at the world a little differently. Food was another thing that helped me connect with both sides of my family. I consider Jewish matzo ball soup and Indian samosas my favorite comfort foods. I love eating, cooking, and reading books about food. Nothing helps bring people together better than sharing a good meal. When I was younger, sometimes I wished I was different, but now I wouldn't change my experiences for the world.

When I graduated from George Washington University, I worked in the marketing department for a big, corporate law firm for a year and quickly headed back to graduate school. I studied fiction writing at Sarah Lawrence College which was wonderful because I got to spend all my time doing what I loved to do. Eventually, I became a children's book editor at Simon and Schuster. I've also worked as a college admissions counselor and a Montessori teacher. Now, I spend much of my time writing and teaching writing. I live in a great little town on the Hudson River with my husband, daughter, son, and a very moody cat who we love anyway.﻿